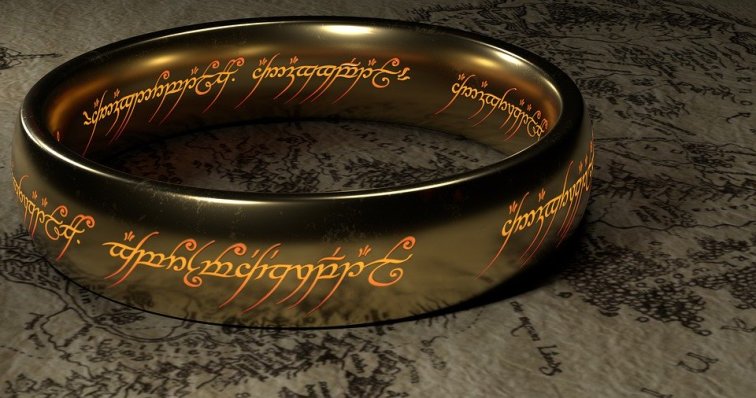 I discovered the high beauty of the Lord of the Rings later than most. For the longest time I associated it with dudes who wore Iron Maiden T-shirts and played Dungeons and Dragons in their mom’s basement. I assumed it belonged to the pop fantasy genre rife in the 1980’s, evoked now in my mind’s eye by all those heavy metal covers, clad with Frank Frazetta’s dark and bawdy battle scenes. What can I say? The assumptions conjured in youth divine false visions. But too, the page count of the books seemed, to use a Trump adage, “huge,” especially to someone like me who didn’t read much.

Then the movies came out. Everyone raved. So I finally decided to see what all the hype was about. After all, it seemed much easier to sit through movies three hours long than slog through a thousand page book. The movies triumphed at the box office for a reason. And I finally understood the mystique surrounding the story along with its universal appeal. This was no cultist type of fiction, despite the geeky LOTR secret society types. No. The movies echoed high art and haunting myth, a tale from the loftier halls of literary fiction. I grew to like the story so well that I’ve probably watched all the movies thrice or so.

But then, stranger still, I became a reader. And the inevitable truism (or cliché?) loomed large, “The book is always better.” And the old truism is, well, true, at least in this instance. Now, I wouldn’t hesitate to say, “Forgo the movies, at least for a while, read the books.” Of course, Jackson’s art deserves all the success and awards it received. But there’s a reason people of all types continue to hail Tolkien’s books among the greatest literature of the twentieth and now twenty-first centuries. So here are three reasons I think Tolkien’s books reign over Jackson’s movies:

1. The books put you in touch with the author’s mind, Tolkien’s original creative spirit. The old Rabbi said, “Reading the Bible in translation is like kissing your bride through the veil.” The same is true if you only watch Jackson’s movies. The best movie is an interpretation, an alternative take, no matter how faithful to the spirit of the author.

2. The books give you the whole grand story. Jackson’s movies preserve the basic story-line of the books, but they leave a lot out. Tolkien takes you on a longer journey and creates a richer world of characters, dialogues, and scenes not in the films. When C. S. Lewis reviewed the first book he noted with glee that the series “promises to be gloriously long.” And his only complaint was that the first volume was “far too short for me.” I felt the same at the end of the books, not so much the movies.

3. The books offer you a richer imaginative experience. They confront you with Tolkien’s literary art, his ability to paint Middle Earth and everything in it with words. Of course, the stronger your own imagination, the better you’ll appreciate the texture and high beauty of his world. If you’ve watched the films, you may struggle, like I do, not to allow Peter Jackson and Allen Lee’s imagination to reign. I’m a fan of Lee’s work, but I think you’ll get a richer experience if you allow Tolkien’s literary art to awaken your own imaginative eye.